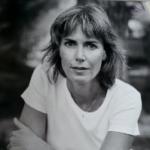 Every year thousands of French and European high-level athletes are searching for professional opportunities after finishing their athletic career. A lot of them would like to start up a business, but only a few of them manage to do it.

This phenomenon is particularly surprising, because personal qualities developed by a high-level sports career are similar to those necessary to be a successful entrepreneur: perseverance, competitiveness, ability to overcome failure, to build a team and to lead it. High-level athletes, like entrepreneurs, are also trained to set ambitious goals for themselves, to establish a long-term plan and to make a lot of effort to reach their goal.

In all likelihood, several reasons explain this low representativeness of athletes among entrepreneurs despite their desire and ability to launch their own business.

Firstly, educational programs with adapted schedules are too scarce. From their childhood on, parents, primary teachers and later university professors, as well as coaching staffs doubt the ability of athletes to manage both sports and academic performance. They compel athletes to make an early choice. However, while high-level sports aids in developing managerial capabilities, business studies are necessary to gain the requisite knowledge in finance, marketing and so on. Business studies are also crucial to develop professional networks, a key factor for success in the business field.

Secondary, preparation and assistance to business start-ups are insufficient. Among the many start-up accelerators and incubators in Europe, how many welcome start-ups created by athletes? I do not have statistics but my personal experience with a some organizations shows that these programs are more adapted to younger business school students that to athletes wanting to create a business.

In addition, a third, important obstacle seems to be linked to the athletes themselves and their lack of self-confidence in their professional capabilities. Their cultural environment can explain this phenomenon. In fact, in France and several European countries, athletes are not perceived as potential business leaders. It is not a surprising phenomenon, as examples of high-level athletes who became successful businessmen remain generally unknown. The media focus mainly on sports achievements and highlight athletes’ outstanding personal and professional experiences in a negative limelight.

While we have a deep knowledge of the personal life of our champions who knows that Taïg Khris a legend of inline skating, David Inquel a former judo champion and Romarin Billong a former French Premier League footballer are also successful entrepreneurs?

Removing hurdles to create a new generation of athlete entrepreneurs

It has become urgent to tackle this issue and clear hurdles to help athletes become entrepreneurs. To help make that transition as easy as possible, the media, sports federations, public administration, business schools, start-up accelerators, families, coaches and athletes themselves should strive to cooperate closely.

The media, both general-interest and sports television channels as well as the press should carry stories of athletes who became successful entrepreneurs to broadcast their positive image to a large audience. These “double-trophy” models (successful both in sport and business) should replace sport idols who have given up education to become champions and whose wealth and optimism is replaced by bankruptcy and disillusionment when they retire at 35. In this way, maybe younger athletes will be more motivated to balance education and sports, and their parents will be less keen to accept that their child neglects his/her studies. Final secondary school examinations should be a requirement for every athlete as this level is essential to go back to their studies once their sports career is over.

We should be inspired by the culture of the USA, which attaches a higher value to sports, assertiveness, competition and performance. In the USA, athletes are perceived as a valuable resource for universities and businesses. This situation is illustrated, for example, in athletic scholarships in the universities attracting the best athletes from all over the world. This favorable environment encourages them to be more ambitious.

This model of balancing academics and athletics should be reproduced more often in Europe and educational programs with adapted schedules have to be multiplied from primary school to the university degree. The success of the Jean de La Fontaine School in Paris illustrates the possibility to combine high academic standards and expectations with adapted schedules. Why are similar examples that allow children not to make an early radical choice between education and sport so uncommon?

At the university and business school level, some programs adapted to high-level athletes exist and, with some difficulties to balance the time constraints of athletes and studies, highly motivated athletes succeed in them. From my point of view, the major challenge is to convince athletes that they can be accepted in these schoolsduring their career or after their retirement. They are often impressed by universities and business schools and doubt about their abilities to succeedin these institutions. Again, the spread through media of champions’ biographies who continued to study could encourage other  athletes to give higher education a try. In addition to this, special short-term athlete-entrepreneurial educational programs should be created where sports figures can find out about the basic knowledge necessary to start up a business.

Finally, start-up accelerators programs that support startups through small amounts of seed capital, and mentoring, for a finite period and incubators programs that support the development of entrepreneurial businesses through the provision of resources and services delivered by a team of professional managers should recruit more businesses created by athletes. The first incubator dedicated to sport – “Le Tremplin”- to be launched in Paris in 2016 will be the precursor in this area. Incubators and accelerators should communicate far more to athletes and sports federations to attract them. Mixing athletes with other businesspeople is not only valuable to the athletes but also to the other participants who go through the same difficulties in building their business as athletes in their attempt to win an A 110-meter hurdle race!