Journal n°15, by the Think tank Sport and Citizenship 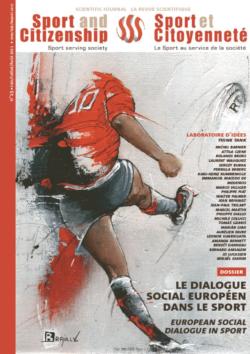 The confirmation that the fight against corruption in sport, which has risen alarmingly since the liberation of the online betting market, now represents an absolute priority for the EU. The adoption of the “Green Paper on Online Gambling in the Internal Market” on 24th March 2011, and the huge public consultation set up since, demonstrates this political will. Michel Barnier, the Internal Market and Service Commissioner, who is in charge of this dossier in Brussels, explains the reasons for this commitment in this journal, and reveals future steps.

Another area where the EU can bring an added value is the establishment of a European social dialogue in the sector of sport and active leisure. Encouraged by the European Commission in its White Paper and its recent Communication on Sport, the setting up of this dialogue will give “employers, athletes and sports workers the opportunity to shape labour relations in the sports sector through an autonomous dialogue in the general EU legislative and institutional framework”.

Even if, in theory, everything seems to be ready, in practice setting up the social dialogue in the sports sector is proving to be more difficult, for several reasons.

“What is the European Social Dialogue?”

“Balancing athletes’ fundamental rights against the specific nature of sport”

“Gender Equality in and through sport”

“Off the streets into sport …” 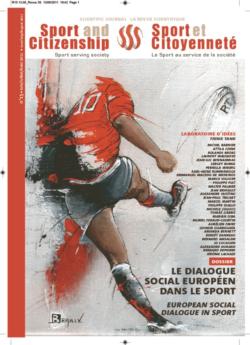