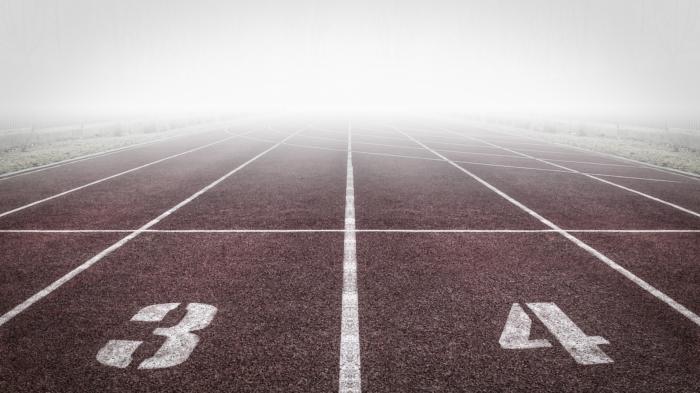 For many people, sport is unlikely to be the first thing to spring to mind when thinking of European funding- yet if it were, it would most likely be associated to the Erasmus+ programme. Indeed, the Erasmus+ 2014-2020 budget amounts to 14.7 billion EUR, of which 270 million EUR is dedicated to sport, grassroots sport in particular. In other words, the EU has allocated a set budget that is used for the European Week of Sport and projects answering set priorities and objectives, which are selected following calls for proposals.

European funds are elaborated under the Multiannual Financial Framework (MFF) that establishes the EU’s spending limits per sector, year and period; and runs most often over a period of 7 years. MFFs reflect the Union’s political priorities and are decided in a democratic manner at a European level since a proposal of sectorial budgets is proposed by the Commission to the Parliament, who may then vote over their own amendments before finally finding agreements with the Council. Our current MFF covers the 2014-2020 period, meaning that negotiations for the next 2021-2027 period started last spring- where the Commission proposed to double Erasmus+’s funding to 30 billion EUR, of which 550 million EUR is set aside for sport.[1] While doubling a budget is a generous gesture, taking a step back from Erasmus+ to look at other European funds provides us with some perspective. Under our near-ending period, Cohesion Policy (CP) has a total budget of 351.8 billion EUR, spend between its three funds (European Regional Development Fund-ERDF; European Social Fund-ESF; Cohesion Fund-CF). In comparison, Erasmus+ is but a few drops in this vast ocean of funds.

Cohesion Policy (also known as regional policy) is one of the centrepieces enabling the EU to reach its Europe 2020 objectives including smart, sustainable and inclusive growth; aiming to reduce economic and social disparities across the Union. CP is readily available to all Member States where regional GDP is lower than 90% of the EU27 average, which in practice is mostly provided to regions where GDP per capita is lower than 75%- i.e. primarily Eastern and Southern European regions[2]. Outside of CP, a further 85 billion EUR is allocated to the European Agricultural Fund for Rural Development (EAFRD); and with the European Maritime and Fisheries Fund (EMFF), altogether these 5 funds constitute the European Structural and Investment Funds (ESIF)[3], which currently amount to 454 Billion EUR.[4]

At present, ESIF funds are scarcely employed in view of contributing to sport and physical activity, yet it has been done on some rare occasions. Perhaps the most known example of CP benefiting sport is that of Polish infrastructures (roads, motorways, public transport) in sight of the 2012 Euro[5]. But a handful of others exist such as: the creation of a bypass road around the Polish city Walcz, aimed to decongest traffic and indirectly facilitate access to Walcz’s popular sporting areas[6]; or the creation of a large-scale sport and entertainment venue in Lithuania’s second city Kaunas[7]; or even restoring Malta’s south-east coastal waters to enhance both local sanitation and tourism.[8]

This is mainly due to the fact that ESIF funding only indirectly refers to sport and physical activity by mentioning investing in health and social investments so as to reduce regional inequalities or to enable healthy workforces.[9] This ultimately stresses that the EU is yet to embrace sport as a tool for social progress, when research proving so is today abundant. If ESFI funds fully embraced the social power of sport one can easily imagine the tangible change it would bring about in citizens’ day-to-day lives. Sport and physical activity behaviours are proven to depend on a complex intertwining of biological, psychological and social factors- within which access to infrastructures is repeatedly identified as a core obstacle or facilitator to sport and physical activity.[10]

At present, the Parliament is in the process of proposing and voting amendments to the post-2020 ESIF. At Sport & Citizenship it is our role and duty to take such matters seriously and raise-awareness around them. Like a handful of other believers in the power of sport, we are closely monitoring the ESIF budget evolution and further advocating for sport and physical activity to be explicitly included into the topics eligible for investment. Opening European funding to sport, beyond just Erasmus+, is a catalyst for positive social and health changes, one that will have undoubtable trickle-down effects benefitting the common good. Accounting for sport and physical activity as an eligible topic within the ESIFs will hugely contribute to mainstreaming sport and further help it become a cross-sector topic in terms of attention, concern, possibilities and responsibilities. Physical inactivity amongst Europeans is on a steady rise as we comfortably settle into our sedentary lifestyles- but such lifestyles impact individual’s quality of life (and expectancy), academic and professional efficiency, making sedentarism an undeniable burden on society. Greater and facilitated access to sport infrastructures (be they for formal or informal activities) or to active mobility will not only benefit our personal physical and mental health but will contribute to happier and more productive societies. Sport is a wonderful tool for social progress- let’s help harness its power.