Accueil » On the Road to Normalisation
categories:

On the Road to Normalisation 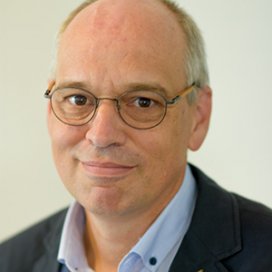 There are not many sport events that can afford to not even mention the name of the sport they are supposed to celebrate.

The official title of “The FIFA Women’s World Cup, France 2019TM”, for one, does not esteem necessary to bear a reference to football. A legacy of the “hegemonic masculinity” that has characterised this game since its beginnings? It is true that “The FIFA World Cup, Russia 2018TM” stood on its own… Even in the 21st century, some gender roles seem to go without saying. Another explanation would be that football’s hegemony within the field of sports has as effect that the term “World Cup”, unless otherwise indicated, automatically refers to “the beautiful game.

One way or another, the Women’s Football World Cup is now solidly anchored in the global sporting landscape. This being said, for the actors of this competition – players, staffs, referees, spectators – le World Cup will have a slightly unreal touch. As the international showcase of women’s football, rather than a reflection of what this sport has become, it will be a projection of what may be hoped it will become one day.

“Performance as the sole criterion”

All of a sudden, packed and vibrant stadiums will no longer be an exception, as they are in the daily business of women’s football leagues. Media interest, drawing on nationalist sentiments and excitement, will be massive and sustained, rather than discreet and punctual. Moreover, the raising awareness of ordinary sexism in everyday life – thanks to the #metoo movement – may even ensure that the flow of discourse generated by the event will be much less contaminated by male condescendence as it used to be.

If the host nation’s team reaches the competition’s final stages, this World Cup will be a public success, for the host cities, for the media, and for FIFA. In order to make a socio-cultural success of it, the players themselves, just like the increasing number of female reporters and experts, avoid getting trapped in the pitfall of “exacerbated feminisation”.

This means, on the one hand, suppressing the counter-productive reflex of almost systematic comparison with the men’s game, even if the latter is omnipresent in the spectators’ or readers’ collective imaginary. Women’s football is not “less good” than men’s football (despite the well-known arguments), but it is not “better” either (behaviour-wise, for instance). It is itself, and it is self-sufficient.

On the other hand, it is necessary to resist the temptation to refer the players with insistence to their femininity, in an attempt to justify somehow that a woman can play football without losing highly gendered, stereotyped attributes that are traditionally associated with the “weaker sex”. Players are sportswomen, they are not to be assessed against any criteria other than the performance standards of their discipline.

If in ten years, the French World Cup could be considered as a simple step on the road towards a normalisation of this sport, it will have been a remarkable success.