The EU’s organisational culture for sport diplomacy should be based on three key factors: coordination, coherence and purpose. 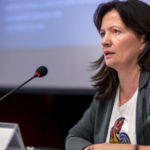 Coordination creates specific challenges both ad intra and ad extra. Sports diplomacy is a multidimensional policy and diverse EU Institutions have shaped until now an emerging sports diplomacy policy and have played an active role in boosting EU action in this domain. In addition to the European Commission, the European Parliament, the European Council and the Council of Ministers have to be mentioned. Coordination ad intra requires a political consensus about priorities and goals, on the one side, and about the concrete measures to be adopted, on the other. Coordination ad extra refers to the need of taking into account other international organisations’ initiatives and the participation of sporting organisations in the definition and implementation of the above-mentioned measures.

In this sense, coordination would be a necessary condition to accomplish a consistent policy in this area. As said above, consistency is the second trait that needs to be achieved.

In contrast with the political recognition of the prominent role sport can play in the EU’s external relations agenda, sporting issues are underused in the vast typology of normative external relations instruments, both binding and non-binding, and programmes. Likewise, the EU’s political dialogue with third countries and regions would benefit from a more consistent and structured role of sport. Also, although some of the actions carried out by the European External Action Service are directly linked to sport, they have not yet been systematically conceived.

Finally, EU Sports Diplomacy should be oriented to the achievement of certain overarching purposes on the importance of which is largely consensual across the Union: enhancing democracy, creating prosperity, building peace, promoting human rights or implementing the 2030 Agenda are among them. Over the years, sports diplomacy has seeped into the mainstream. Now, it is time for the EU to become a leading actor in this field. The notion of organizational culture is an adequate and indispensable tool in this process. Only a coordinated, consistent and purpose-oriented action will enable EU action to have a real impact in this arena.