Accueil » Where the values have their roots
categories:

Where the values have their roots

It’s a curious English term, not really translatable yet very meaningful: “grassroots”. Its semantics combine the reference to the most modest of plants – the grass below our feet – with the notion of rootedness. It sounds like something insignificant, and yet it is firmly rooted in the soil, and so resilient it allows us to put our football boots on and play. 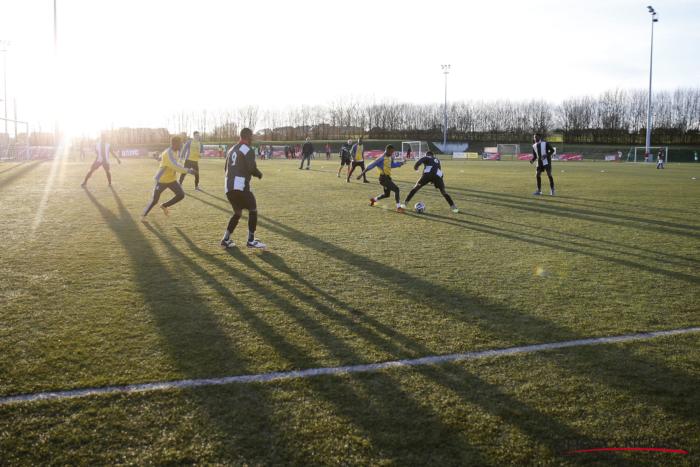 Grassroots football is an aptly named phenomenon. This is indeed where the values of this popular sport have their roots.

It is a community practice the objective of which is not to generate benefits, but to create social bonds around a common project. No matter if this project is just the shared passion for the beautiful game.

A local football community only makes sense if it is inclusive, open to all, including its weakest members, these newcomers who, precisely, have been forced to abandon their own roots. It is therefore not astonishing that over the last years the civil society volunteers whose commitment is the engine that keeps grassroots football going, have shown great empathy towards people looking for shelter and asylum in Europe.

Thousands of clubs and associations across the continent have reacted to the inflow of refugees, especially since the summer of 2015. Discreetly and pragmatically, they have taken contact with accommodation centres in order to offer activities, from punctual tournaments to regular training sessions. Often, these initiatives have been accompanied by other forms of support, like language classes, help with administrative paperwork, or some cultural festivities aiming at social integration.

An inventory of needs

The FIRE project was designed in 2018 based on a double observation.

First, the flurry of local initiatives that were as spontaneous as they were dispersed and that deserved to be taken stock of in a more systematic manner. There was room for a state-of-the-art report that would be grounded in various publications on the potential contribution of football to the inclusion of a significant new vulnerable population, establishing a typology of the existing initiatives, and drawing a comparison between very different national circumstances.

Second, the persistence of barriers and obstacles in the implementation of inclusive initiatives, whatever the local or national environment. In analysing the project partners’ observations from the ground in their respective national contexts and drawing on the conclusion of previous reports on the matter, the project proceeded to an assessment of the most pressing needs as expressed by the grassroots actors themselves.

What football, this particularly accessible sport, can bring to a population of refugees is considerable: social interaction with the new host society, acquisition of language skills, first steps in cultural adaptation, but also escape from a daily life made of boredom and anxieties, physical exercise and well-being, self-confidence in one’s contribution to the collective effort.

On the other hand, the needs of volunteers who try to put such actions into place are numerous: feeling of isolation, difficulties in surmounting linguistic and cultural barriers, necessity to develop project management skills, lack of even modest funding to make their activities sustainable – to name but the most salient of our “Top-10 of needs”.

In the framework of the FIRE project, all these observations have been summed up in a compact “inventory” report that is still downloadable from the project website www.footballwithrefugees.eu. And it is on the basis of this report that the project defined how to address the identified needs.

Empowerment and transmission of competences

What FIRE eventually proposes is first and foremost a message of empowerment addressed at all those volunteers who consider getting engaged with refugees but hesitate in front of the difficulties and doubts. The “Yes, you can!” message is then declined in an offer of transmission of competences, know-how, and advice that responds to the needs expressed by the grassroots. The FIRE project thus adopted a very pragmatic approach, focused on a clearly identified target group, in the elaboration of a learning tool that took the shape of a full-fledged MOOC. The originality of this project lies in its capacity to mobilise different types of expertise that only rarely meet: the practical experience accumulated by civil society, academic research, as well as pedagogical know- how. Three different worlds that would be well advised to collaborate more often but most of the time remain absorbed by their own concerns.

For a researcher like the author of these lines, this collaboration has been particularly fertile. It opened access to a wide field the contingencies of which were explained by the project partners. Which allowed in return, in associating the expertise of a learning design laboratory, to give something back to the community that is at the heart of the project. Such rewarding opportunities to put one’s research to the use of civil society do not come often.

Beyond this utility, the project also gave a remarkable overview – not exhaustive, but perfectly representative – of the formidable social awareness and commitment of what may well be called the transnational community of grassroots football. It is undeniable that football may also divide and exclude – just think of the scourge of racism and discrimination that it does not seem able to get rid of entirely. But grassroots football definitely transports the basic societal values that the European Union claims to promote: social inclusion for all, human solidarity, empathy with those who are not lucky to live in a state respecting the rights of the individual and fundamental liberties. And it does so every day, on countless pitches, in every corner of the continent.

Article from Sport and Citizenship’s scientific journal 51 Sport and Refugees: conclusions of the FIRE project