A Media Opportunity to Seize 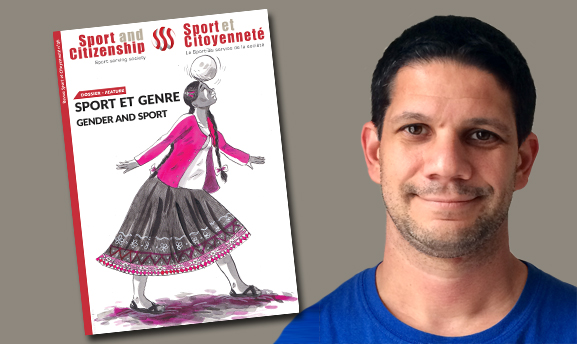 As an international event, the Women’s Football World Cup is the chance to put women’s football in the spotlight. A media opportunity for the French Football Federation to seize.

By Nicolas Delorme, Lecturer in STAPS, University of Bordeaux

Women’s football, and women’s sport in general, is usually virtually invisible to the media, particularly on public channels (Canal+ has bought the rights to women’s first division football until 2023).

In fact, apart from major international sports events (World Cups and Championships, Olympic Games), the French media coverage of women’s sport is distorted in terms of quantity and quality.

In terms of quantity because, as several studies have shown, women’s sport is severely underrepresented in the French media, apart from the summer Olympics. In terms of quality because sports journalists – most of whom are men – often portray a stereotyped representation of women’s sport. For example, women’s physical appearance receives more comments than that of men. They are also criticised more often and their sporting successes are frequently downplayed. What is more worrying is that women are mainly shown in “gender appropriate” sports like dance, figure skating and gymnastics which emphasise “feminine” skills like “grace”. It follows that women are excluded from coverage in sports which are seen as “masculine”, which emphasise skills like “strength” and “aggression”, such as football or rugby, the two sports with the most media attention. This division of sports on gender lines is however specific to the culture of each country. In the United States, for example, football is seen as a “feminine” sport.

From this standpoint, the media exposure accorded to women’s football at the World Cup will, temporarily, allow a surplus of visibility, and, if the journalist’s commentaries do not convey (too many) stereotypes, lead to a change in social conceptions of this sport. A change in social conceptions, and bringing certain players into the limelight, could have a big impact on women’s participation in sport. Studies have shown that sporting role models can have a significant positive influence on the amount of sport done by individuals. This effect is even more marked when the chosen role model is of the same gender. The aforementioned distortion in terms of quantity and quality leads to a scarcity or absence of role models capable of inspiring girls and women in many practices. This means that women and girls feel that they lack legitimacy in institutionalised and/or competitive sports practice. This is harmful on two fronts. On the one hand, numerous studies have shown the positive effects on a person’s health from doing a moderate sporting activity. On the other hand, for numerous federations, women are the last remaining reservoir of potential members. This World Cup is therefore an important opportunity for the FFF to promote women’s football and significantly increase the number of paid-up female members. Will it be seized?