Lyon will be hosting the two semi-finals and the final of the Women’s Football World Cup, a first for any city other than the capital of a host country. Yann Cucherat, Deputy Mayor of Lyon in charge of sport, major events and tourism, explains the issues. 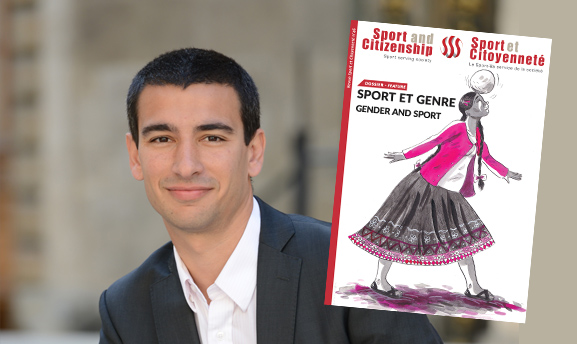 What does it mean for Lyon and its region to be hosting the World Cup, in terms of image and attractivity?

YC: It is the result of collaboration between the City of Lyon, the Metropolis and Olympique Lyonnais (OL) football club, who made their stadium freely available to us. A steering committee was formed with very concrete objectives: promoting the event and ticket sales, setting up a “Legacy” programme, developing and enhancing local government sports policies and so on.

The international image soon took centre stage, because a great many people are expected to attend. When the booking opened, for example, nearly 17,000 Americans bought “3 match” packages, a valuable package for the region, because the supporters present will be able to enjoy our cultural, gastronomic and natural heritage for at least a week.

Have you taken advantage of this World Cup to initiate or accelerate public policies?

YC: The City is implementing its second Plan for equality between men and women. This work involving diagnosis and offering concrete solutions came about through hosting the competition and also through year-long activity in order to highlight our action. On 8th March, Thérèse Rabatel (Lyon Deputy Mayor in charge of male-female equality) put the focus on women’s sport and gave us the chance to emphasise our strategy: developing women’s sections in certain sport clubs which were lagging behind in this area; putting the spotlight on our top-level athletes; integrating the “equality” angle in calls for projects in our new amateur sport funding scheme “Trait d’Union”, and so on. Finally, the “enform@lyon” scheme promoting informal jogging throughout the city, one of the key measures of this council, is largely used by women.

We hope to take advantage of the World Cup spotlight to improve the uptake of sport by women by developing, for example, tools to analyse the number of visits to our sports facilities, or training programmes for volunteers in clubs and associations who want to deal with these issues better.

What is your strategy when it comes to top-level sport?

YC: We support top-level athletes with similar funding regardless of gender or disability. This transparency and this working method are very important. Selection criteria are based directly on ministerial lists and results. Obviously, the City supports OL Féminin (through the group’s Foundation), as well as Lyon ASVEL Féminin (basketball). The two clubs are enjoying an outstanding season and our support is crucial (the City makes the Mado Bonnet hall available for the basketball). Their success in matches and with the public remind us that there is real enthusiasm for women’s sport. They are driving forces for amateur sport, which in its turn brings to the fore tomorrow’s sporting stars. The city, then, is determined to do everything it can in terms of structures and facilities to continue to develop women’s sport and help it to take off.