Accueil » UEFA & the Committee of the European Regions for a historical joint event
categories: 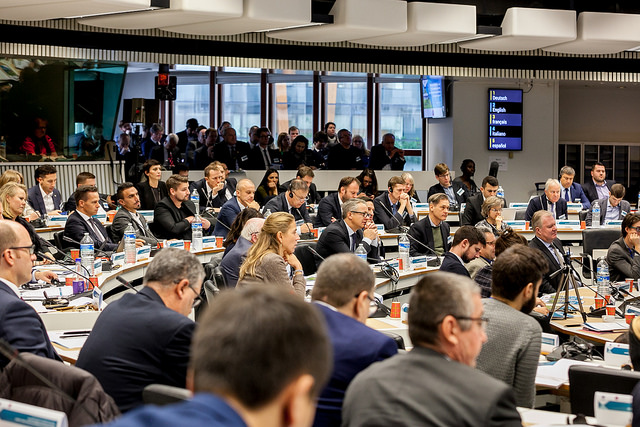 As was reflected in our recent article on mainstreaming sport through European Structural and Investment Funds (ESIF), the future of sport accessibility, development and growth is currently a core topic in European sport affairs.

On November 28th, UEFA and the Committee of the European Regions (CoR) held a conference on “The role of sport as a tool for promoting growth, social inclusion and solidarity in European Regions”, the first of its type bringing together all national football associations (UEFA members) and key European sport stakeholders. The event came as a natural next step to UEFA’s collaboration with the CoR following their adoption of the #CohesionAlliance Initiative (20.03.18) and the CoR’s proven belief in the importance of sport through the “Mainstreaming sport into the EU agenda post-2020” opinion drafted by Roberto Pella (10.10.18). With a shared belief that football, and sport at large, can and must play a greater role in local development, the conference served as a workshop on EU funding. Three sessions were presented throughout the day:

The former table was moderated by Sport & Citizenship’s Director of EU Affairs, Maxime Leblanc, and consisted in the presentation of existing support and development programs. Thierry Favre and Valentina Mercolli reviewed the achievements and growth of UEFA’s HatTrick program since its creation in 2004, before Marisa Fernandez Esteban presented the European Commission- Sport Unit’s perspective and latest efforts such as the SHARE platform, which aims to provide regions with greater insight and understanding of current and future ESIF. While HatTrick provides considerable support to developing national and local football, UEFA has also created its GROW SROI Model, which was presented by Noel Mooney and Tim Crabbe. Finally, the first session was wrapped up with Shelley Forrester’s introduction to the European Investment Advisory Hub’s support and offers.

The day came to a closing following the signing of the joint declaration on the need to consolidate investment in sport in Europe’s regions post-2020 by the CoR President, Karl-Heinz LAMBERTZ, and UEFA’s First Vice-President, Karl-Erik NILSSON.