Combating the sedentary lifestyle
in the National Sport-Health Strategy

Launched in the spring of 2019 in France, the National Sport-Health Strategy (SNSS) consists of a series of measures aimed at combating inactivity in everyday life, for all age groups. 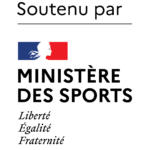 According to the World Health Organisation (WHO), inactivity is responsible every year for two million deaths in the world and numerous chronic diseases. It makes a heavy demand on public finances. Its global cost has been calculated at 61 billion euros per year[1]. In France, according to the Sport Ministry[2], the financial impact amounts to 17 billion euros per year, of which 14 billion is spent on health.

In the light of this, action is necessary on two fronts: that of physical inactivity, by encouraging regular, daily activity, and the sedentary lifestyle, by breaking up the time spent sitting down during the day. That is one of the ambitions of the National Sport-Health Strategy 2019/2024, and the first operations were launched in the last quarter of 2019.

“Taking action at school and in the workplace”

As an example, when it comes to raising awareness among the general public, the SNSS intends to develop communication campaigns adapted to targeted sectors of the community and the social and cultural context of each region. One of the intended measures is a “Month of Sport and Physical Activity” every year in September, and the first is planned for 2020.

Among the priority target groups, the SNSS is aiming particularly at school pupils and students, employees and civil servants, older people and the prison population. Young people are especially concerned by sedentary behaviour. One of the schemes identified is the development of sport and physical activity (SPA) in and out of school time (eco-mobility, active breaks, equipment in rooms and playgrounds and so on), inspired by programmes like the ICAPS (interaction with pupils based on physical activity). The Ministry for National Education and Youth has launched a call for shows of interest aimed at primary schools to promote “30 minutes of physical activity per day” from the start of the school year in 2020, in addition to normal PE lessons. School is a target, and so is the workplace, which is one of the places where the most time is spent sitting. The State and its partners mean to make it easier to do SPA in the workplace. A specific action plan aims to recognise, equip, and inform company directors like public employers.

In addition, and in accordance with the commitments of the President of the Republic, the Ministry of Sports and the Ministry of Solidarity and Health have recognised an initial list of 138 Maisons Sport-Santé (Sports Health Houses) throughout the country in 2020 and are preparing to launch a second call for projects, eagerly awaited by the sector. These physical or virtual establishments make it possible to accompany people, whether ill or not, who wish to (re)engage in physical activity in a supervised manner with sports and health professionals.

[1] THE LANCET (2016), The economic burden of physical inactivity: a global analysis of major non-communicable diseases