The EU’s ambition to contribute to the protection of human rights is enshrined in its treaties. In the field of sport diplomacy, this
approach is extended in the EU’s relations with international sports organisations and at mega-sporting-events. 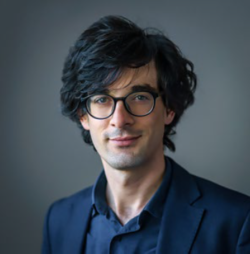 Senior Researcher at the Asser Institute,
The Hague (Netherlands)

Sport can become a potent diplomatic vehicle for the European Union (EU) to further its interests and spread its values beyond its borders. This view is widely shared by the contributors to this issue of the Sport and Citizenship journal. My short piece will stress the importance of going beyond a cold Machiavellian focus on interests, be they economic or otherwise, and will emphasize instead the EU’s ability to defend and advance its core values. In fact, the EU’s ambition to contribute to the protection of human rights worldwide is firmly anchored in articles 3(5) and 21 (1) of the EU Treaty. How should the prominence of this commitment to human rights in the EU’s external action be reflected in the framework of its sports diplomacy ?

There are two ways in which human rights ought to play a practical role in the EU’s sports diplomacy. On the one hand, human rights compliance should guide the EU institutions when they engage in direct policy or legal exchanges with international sports governing bodies (SGBs). FIFA, the IOC or World Athletics are not particularly renowned for the quality of their governance and the EU could carve out an important role as a human rights champion if it were to actively push these bodies to acknowledge and embrace a full responsibility to comply with relevant international human rights standards.

On the other hand, and this approach has already been regularly endorsed by the European Parliament, the EU could as well much more aggressively campaign for the furtherance of human rights in the context of mega-sporting-events (MSEs).

“AN ESSENTIAL ROLE OF COUNTER-POWER”

EU citizens, through the participation of the national teams of the Member States, constitute an important share of the athletes partaking in MSEs. Hence, a coordinated sports diplomacy at the European level, which would advance credible and coherent demands with regard to the human rights compliance of local host countries, could have a real impact on the local situation. In fact, the dramatic improvements of the labor rights of migrant workers in Qatar under, amongst others, the public pressure of the EU institutions are a case in point.

The EU has had already in the past an essential – and positive – effect on the accountability of international SGBs. In this regard, the Bosman ruling of the Court of Justice of the European Union stands out as a symbolic – though often misread – decision in which UEFA was constrained to respect the player’s fundamental freedom. If the normative commitments enshrined in the founding treaties are to be taken seriously, the EU must again harness the spirit of Bosman and shape a sports diplomacy that is proudly advancing human rights inside the SGBs and in the context of MSEs.