Accueil » French-speaking diplomacy in the service of sport
categories:

French-speaking diplomacy in the service of sport

Since the issue of “sport diplomacy” is dealt with in this revue, I don’t need to explain the virtues of sport’s soft power, but to show how relevant it is in everyday life. 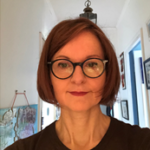 Member of the Sport and Citizenship Think Tank’s scientific committee

Sport is a popular subject and a useful tool for developing national public policy; I can take as an example a recent request to Sport and Francophonie from the new Governor of the Kinshasa Province. The Democratic Republic of the Congo (DRC) has one of the youngest Francophone populations in the world. It is natural for it to choose the network of major Francophone cities (AIMF), of which it is a member, to ask for support in public policy-making. Since France and the DRC share the same language, discussions without the need for interpreters are more rapid, subtleties are better understood and the study is delivered promptly. Would it be the same without the common language? I take leave to doubt it.

Here is another example. The Francophonie Games have brought together young French-speaking people around sporting and cultural competitions for several decades. The sporting timetable is ever more crowded, so why is the International Francophone Organisation determined to keep its place in it? It would be naïve to think that its primary motivation is to offer young French speakers the chance to get together. Let’s admit that the Games have made it possible to reunite the flower of African French-speaking diplomacy. The event is thus a perfect opportunity for diplomacy, because these times shared between personalities are an occasion for raising, talking about and sometimes even solving problems that are often far removed from sport.

“The impact of the Francophonie Games”

That was the case for France and Rwanda, two countries with strained relations because of the slow progress of cases linked to the 1994 genocide. In 2018, a few months before the long-awaited visit from the French Head of State, Emmanuel Macron, the Sport Minister, Laura Flessel, went to Kigali for the Tour de Rwanda. The two Sport Ministers agreed on cooperation around cycling and the triathlon, with the desire to build a new relationship between the two states: a nice way of introducing new diplomatic relations, which perhaps, given the delicate situation, only sport had the power to achieve.

Not everything is as simple as that. Everyone was overjoyed at the reconciliation between North and South Korea a few days before the Winter Olympics in PyeongChang, perhaps rather too optimistically. Two years on, the two countries are even more bitterly divided in areas where even sport cannot intervene.

Sport is clearly used for diplomatic ends. Naturally it brings people together, through the values it represents and the emotions it creates. But sport is also all about competition, with winners and losers…just like diplomacy.