United States, China, Australia, France, Croatia… Many States have formalized a Sport diplomacy strategy. Although the approaches diverge, they all contribute to strengthening the interests of each country. 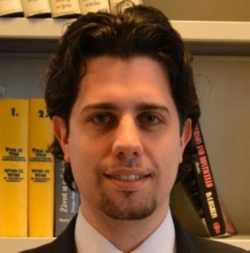 In each of these cases, sport was co-opted to serve national interests or foreign policy outcomes. Today, we may look to Australia as an important example, as described by Stuart Murray in his contribution to this issue. Another important model is the United States. State Department’s SportsUnited programme, which includes two activities that deserve to be highlighted : the Sports Visitors program which allows sports people to travel to the USA for specialised training and clinics and
Sports Envoys where mostly retired athletes and coaches are employed as “diplomats in tracksuits”.

The third interesting example is Japan and its use of sport to overcome imperialist stereotypes and reﬂect its economic achievements by organizing Mega Sports Events (MSE), including the football and rugby world cups and the Summer Olympics and Paralympics, as well as the Sport for Tomorrow programme, an initiative to promote sport to more than 10 million people in over 100 nations before the Tokyo Olympics. We may also name South Africa, Brazil and China, all focusing on MSEs as a political opportunity of presenting the “new” or “better” face in the global arena. China is further interesting for its huge investments in football as a diplomatic and economic tool of global reach, in addition to its stadium diplomacy, the construction of sporting facilities in developing countries.

“SPORT FOR RECONCILIATION IN THE BALKANS”

In Europe we may point out France, with the world’s first “Ambassador for Sport” and its continued success in attracting some of the world’s biggest MSEs year after year. British sports diplomacy mainly consists of partnerships between the British Council and major sports associations, like the Premier League and Premiership Rugby for promoting UK values and the English language in the world. Other countries like Spain and Croatia have realised the importance of sports diplomacy in their political and economic agendas. Croatia, in particular, recognised the importance of sports diplomacy in its first ever national sports strategy (called National Sports Programme) and strongly supported, with the EU, the Youth Sports Games (Sportske igre mladih), a programme organized in Croatia, Bosnia and Herzegovina, and Serbia, which uses sport as a tool for reconciliation, as well as promoting understanding, friendship, solidarity
and fair play between youth.

While the EU is not a nation-state, it does have foreign policy objectives and may be well advised to take inspiration from these good examples around the globe.