The case of Wales

A review of Welsh sports diplomacy, commissioned by British Council Wales, has elaborated a report scheduled for publication during late summer 2020. Its recommendations will hopefully be a catalyst towards the development of a Welsh sports diplomacy
strategy, which would represent the first policy framework of its kind from a small nation. 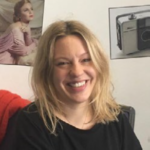 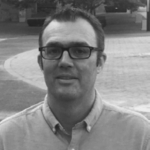 While the report’s main thrust will remain unchanged, Covid-19 has challenged researchers to consider sports diplomacy opportunities for the recovery period.
As the pandemic unfolded, the world witnessed some remarkable examples of international cooperation such as Cuba’s medical diplomacy in Africa and multinational teams searching for vaccines. Yet as we emerge from lockdown, it is difficult not to imagine the era of hyperglobalisation being increasingly questioned, as governments focus on domestic challenges. Seen through this lens, softer forms of global engagement such as sports diplomacy offer a relatively low cost and high visibility mechanism through which to leverage international partnerships vital for global economic recovery.

In Wales, sport has demonstrated its ability to benefit society throughout the pandemic. Hallowed sporting venues featured strongly in the national response, being repurposed into hospitals and testing centres. Professional athletes have joined the workforce as key workers and countless fundraising activities from sports clubs nationwide have raised money for communities.

Setting an exciting benchmark for the future of Welsh sports diplomacy, football legends such as Ryan Giggs, Gareth Bale, Jayne Ludlow, Aaron Ramsey and cyclist Geraint Thomas partnered directly with the Welsh Government and Public Health Wales via social media channels to share the vital message to #StayHomeSaveLives to national and international audiences. A harbinger of
official Welsh “diplomats in tracksuits”, sportspeople who work with government to further the nation’s broader interests.

As we look ahead to recovery, sporting calendars will be busy with rescheduled international competitions. These will offer platforms to conduct sports diplomacy; sharing Welsh culture, convening business and trade links and encouraging synergies with overseas communities. For Wales, the following idea could be considered as a first step, with the caveat that it requires further consultation. The Welsh Rugby Union and the Urdd, a Welsh youth organisation, have a long-standing partnership in running annual rugby 7s tournaments. In light of Covid-19, this could be extended through inviting international teams to take part. The event could share the Urdd’s 90-year-strong annual peace and goodwill message, while assisting young people to recover from the pandemic’s damaging economic and social legacies. A similar idea could also be explored with football in consultation with key economic partner regions such as the Basque Country, Flanders and Brittany. As the world emerges from lockdown, the famous #TogetherStronger motto that has served Wales so well on the sporting field will also offer a powerful and positive message to the global community.